The Murky Economics of Green Technology

Considering all the political debate and media noise that green technology has created over the past decade, its economics for investors are less convincing. Indeed, the chart below shows the performance of an index of green-energy stocks since 2002. Beyond the usual roller coaster ride, the returns have been clearly negative for shareholders. 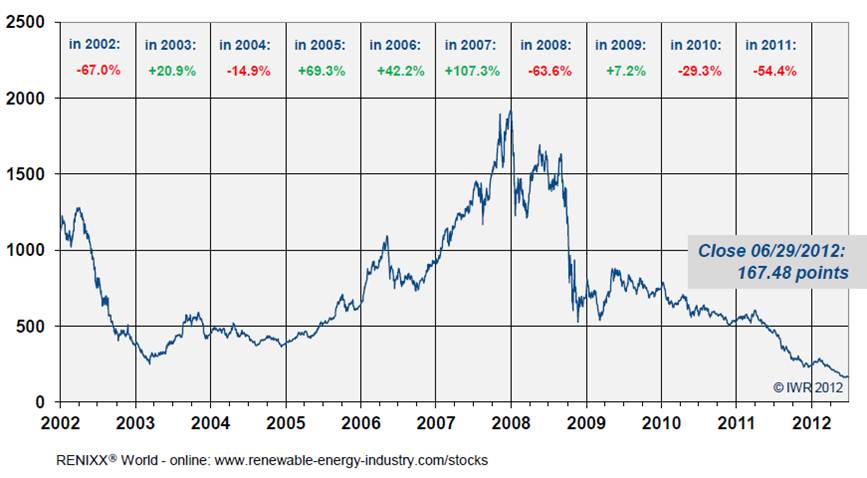 The pattern is a familiar one with emerging industries and technologies, as, on the whole, they end up benefiting the end-consumers who adopt them rather than investors. In short: a cool story is far from being a receipt for a good investment.

In his well-researched book "Engines that Move Markets" Alasdair Nairn summarizes the impact of rairoad stocks:

“In aggregate, over a very long period of time, there is no question that, for all their economic impact, the railways provided negative returns, whether you measure that in real, relative, or absolute terms.”
Engines That Move Markets: Technology Investing from Railroads to the Internet and Beyond, Wiley, 2001, Sandy Nairn