There was a time when i thought that to speculate you had to be a nihilist set on destruction - tu consens ou plutôt aspires à ta ruine?? That you had to yearn for your own demise..? Hold on..? Perhaps I succeeded?
Hugh Hendry, March 2021 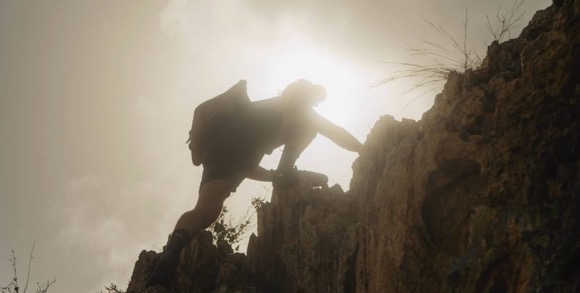 There was a time when i thought that to speculate you had to be a nihilist set on destruction – tu consens ou plutôt aspires à ta ruine?? That you had to yearn for your own demise..? Hold on..? Perhaps I succeeded?

I got to thinking like this owing to some scrapes with death when i climbed Big Mountains. I can recall the perilous position of climbing steep ice gradients many thousands of metres high in the French Alps.

You would leave the mountain hut at 2 am high on adrenalin with your flickering head torch and ice picks. Boy, did nature reveal its majesty and glory at those moments when the sun began to tentatively rise and spread a glimpse of the new day across the inky black horizon.

I remember thinking that nature in its majesty shared such astonishing moments of beauty with only a select few – those crazies who gamble everything, to those who had the audacity to navigate their own vanishing point. Nature I salute you; I’m happy I survived your margin calls.

Polyeucte, was the last French opera mixing religion with worldly matters…oh la vache…i feel the Bitcoin community have some of this revelatory zeal. And their cult like proclamations never to sell. I got nothing against BTC except their fervour…

I just ask that we all be content with newfound wealth, and our absolute duty to protect it, rather than try and impose man-made deities on our economic landscape. I heard the same from the gold buyers last July as the price breached 2000 for the first time, and then…

You always gotta roll out the JK Galbraith that speculation is the belief that it’s possible to become rich without real work. A most agreeable way of making money and you get the added bonus of proselytizing to those unlucky enough to not own your digi-mint. Until it doesn’t..

Regardless, again, I digress…what is it with me and my How to lose friends and Antagonise people..?

Meritocracies are aspirational but reserve currencies must cater for the have’s and have nots. What’s the problem? Protect your hard-fought gains with the personal sovereignty of your BTC or other alternatives but leave us the balm of an expanding fiat to keep us all together.

I say this cause i’m gonna consider an imagined reality that’s hurtling towards all of us and it’s gonna need more trading elan, more fortitude and the ability to keep rejecting what you fervently believed in yesterday. That’s the only reason I chose to pick on the btc community.

My lenses are total return and volatility adjusted. I was professionally focused on this comparison between asset classes and dumbfounded by how powerful the T bond rally has proven. For decades T’s have left everything else trailing in their wake. You don’t believe me?

Let”s be clear, a portfolio loaded with enough treasuries -Ts – such that it mimicked the volatility of an equity basket destroyed the performance of the S&P for 25 years. Clearly there have been many good reasons as to why this happened but to me it’s…

A graphical depiction of the hijacking of the market economy by creditors. It began with the advent of hawkish inflation targeting by central bankers as a response to the exceptional inflation of the 1970s which had embedded an inflation risk premium into the term structure

So rates were too high to begin with. But the disinflationary forces of globalisation and technology meant that rates were constantly set too high and creditors overcompensated ad nauseam. This mis-pricing of credit effectively established an enduring and epic rent transfer

From the wallets of the debtor class – our household and corporate sectors replete in the ideas that change our world but deplete in the means to finance – to the rentiers, those with more money than ideas. This is manifest in the outperformance of government bonds v’s stocks

History suggests that such consistent supernormal returns from investing in one asset class relative to another are not sustainable. But before I go any further, I’m not saying the T bull is over. That you should short. Rather, I intend to sketch-out what the end might look like

The demonisation of QE is tiring…sometimes. Following the crisis of 2008, CBs had no choice but to abolish this rent transfer…QE attempted to push the impact of monetary policy further out along the curve. To abolish the rent…

Many investors were and remain sceptical. I believe they’re ignorant of the policy objective – to eliminate the debilitating inflation premium embedded in real yields which makes it impossible for households and corporates to maintain spending and repay debts

By driving 10-year rates close to zero the central planners hoped to re-price risk and thereby enable the debtors to keep spending whilst repaying more of their liabilities; I see nothing wrong with this v’s the grim alternatives. Devaluing the labour class is not an option.

And indeed, since 2010 real GDP growth has exceeded the real interest cost, meaning that (some) debtors have earned enough from their economic activity to cover their debt cost and so reduce their liabilities. I wish a CB would use this narrative to explain their QE policy

The pinnacle was probably reached in 2016 when in the aftermath of the surprise Brexit vote, nominal US T yields converged with the rest of the world. Real 10-year Ts went neg but this was nothing new as they had been deeply negative back in 2013 prior to the taper tantrum.

The WoW factor was that nom T yields converged to the lower o’seas levels on a currency-hedged basis. Int.l investors could no longer achieve a yield uplift to their domestics by buying Ts as the widening of cross fx basis and $ libor rates made hedging more expensive.

This was probably the point when the bull market in Ts reached their climax, when the ascendancy of the creditor reached its high-water mark. Or perhaps I speak too soon, I could well imagine a new ATH with zero or neg yields. It’s plausible. For sure, something big is brewing

Now for the hard part. I’ve run out of space. So gotta go. Will return. Hat off to @ilipaskalev for the charts. Here’s a link for part II dropbox.com/s/b2hqq1nubsq8…  Exciting times but I promise you’ll reject most of your beliefs before that cock crows to call the end of the T bull.