Reactions around the Market Crash of 1929

In the years shortly before and following the great crash of 1929 most market participants failed to grasp the full scale and length of the unfolding depression. Capitulation finally came after 1932, when the DJIA closed at its lowest level of the 20th century. 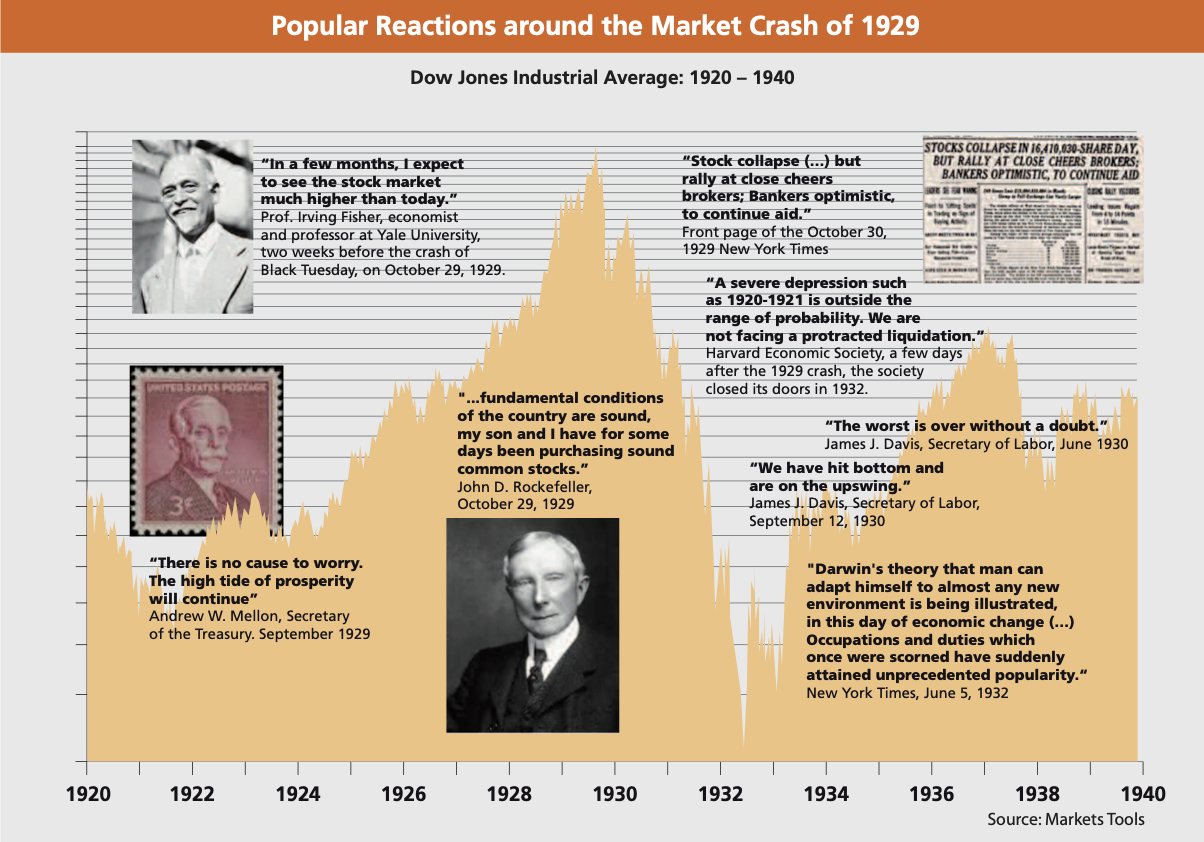 “There is no cause to worry. The high tide of prosperity will continue”
Andrew W. Mellon, Secretary of the Treasury. September 1929

“In a few months, I expect to see the stock market much higher than today.”
Prof. Irving Fisher, economist and professor at Yale University,
two weeks before the crash of Black Tuesday, on October 29, 1929.

"...fundamental conditions of the country are sound, my son and I have for some days been purchasing sound common stocks.”
John D. Rockefeller, October 29, 1929

“A severe depression such as 1920-1921 is outside the range of probability. We are not facing a protracted liquidation.”
Harvard Economic Society, a few days after the 1929 crash.
The society closed its doors in 1932.

“The worst is over without a doubt.”
James J. Davis, Secretary of Labor, June 1930

"Darwin's theory that man can adapt himself to almost any new environment is being illustrated, in this day of economic change (…) Occupations and duties which once were scorned have suddenly attained unprecedented popularity.“
New York Times, June 5, 1932