The Ghost Towns of China

In May 2012, we posted a chart from the "Global Cement report" about cement consumption per capita vs. GDP per capita; by far the biggest outliers were China and Saudi Arabia, two centrally planned economies.

In the case of China’s fiscal policy growth binge, its unproductive use of resources is most visible in the side-effects of its construction boom.

In 2009, Hugh Hendry already filmed empty skyscrapers in the city of Chongqinq, but more recently entire ghost towns have captured the attention of outside observers. Unlike individual buildings within an existing urban area, these abandoned cities best reflect the centralized nature of China’s economics and its betting on some growth that will probably never materialize.

You can access most of these creepy pictures and videos from various sources on the web, including the biggest shopping mall in the world, with still no tenants. Here are jsut a few samples: 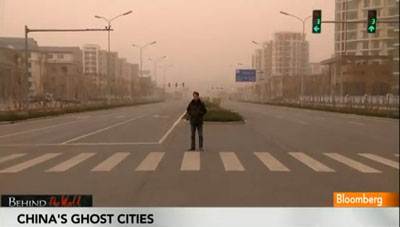 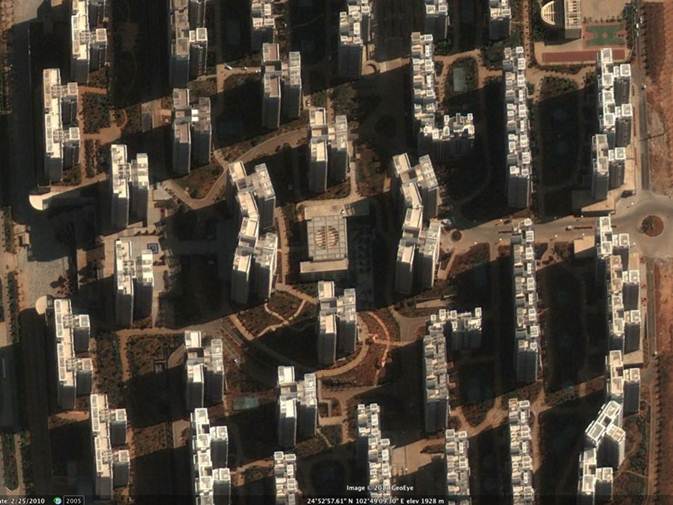 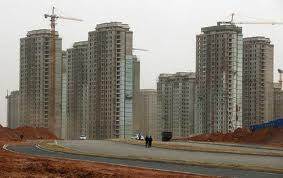 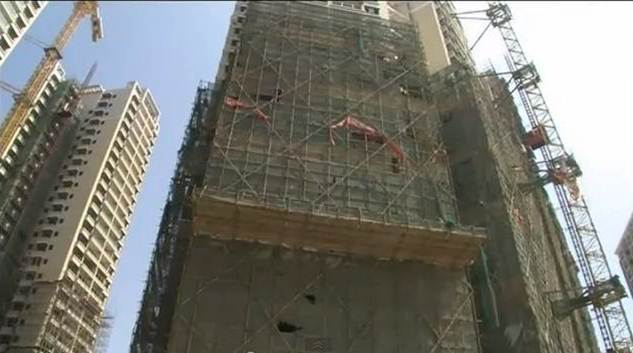 One author made an almost poetic comment, comparing these cities with former ghost towns of the West: "However, China ghost cities are different. They are not abandoned towns reflecting ghosts of the past. Instead, they are large abandoned cities reflecting ghosts of times that would never come." Creepy China Ghost Cities You Never Want to Visit, Top Secret Writers, May 2012 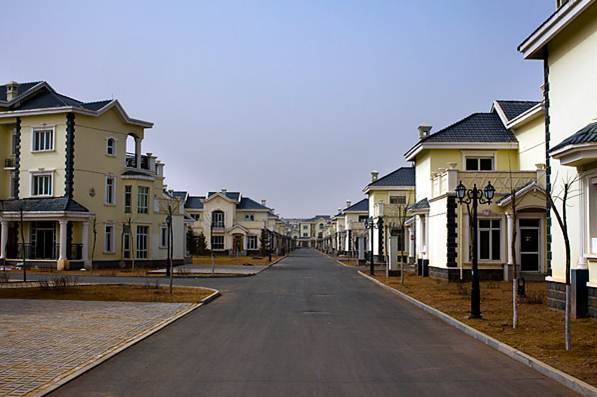 ...when China tries to replicate the U.S. suburban dreamtown... 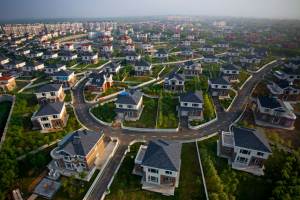 ...ask this guy for some direction... 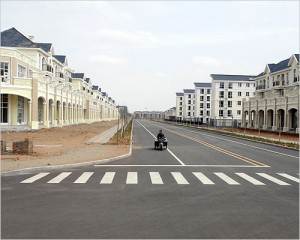 ...for all the talk about fostering private domestic demand... 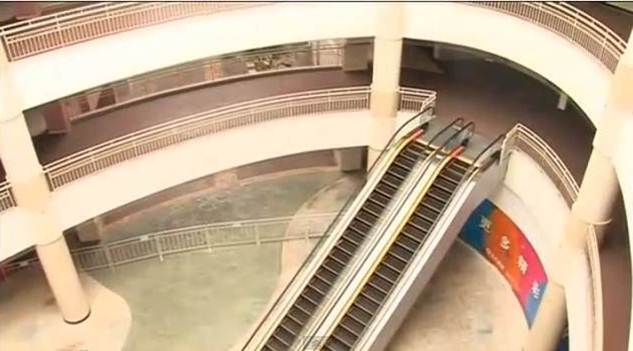 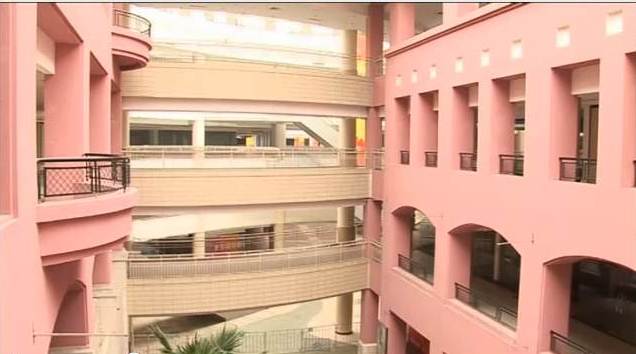 To give you the flip side of our observations, Stephen Roach, Yale professor and former chairman of Morgan Stanley Asia, writes in a Project Syndicate column (August 29, 2012)  that China isn't headed for a hard landing, and that "China doubters" are wrong about its ghost cities:

"Reports of ghost cities, bridges to nowhere, and empty new airports are fueling concern among Western analysts that an unbalanced Chinese economy cannot rebound as it did in the second half of 2009. With fixed investment nearing the unprecedented threshold of 50% of GDP, they fear that another investment-led fiscal stimulus will only hasten the inevitable China-collapse scenario.

But the pessimists’ hype overlooks one of the most important drivers of China’s modernization: the greatest urbanization story the world has ever seen. In 2011, the urban share of the Chinese population surpassed 50% for the first time, reaching 51.3%, compared to less than 20% in 1980. Moreover, according to OECD projections, China’s already burgeoning urban population should expand by more than 300 million by 2030 – an increment almost equal to the current population of the United States. With rural-to-urban migration averaging 15 to 20 million people per year, today’s so-called ghost cities quickly become tomorrow’s thriving metropolitan areas.

Shanghai Pudong is the classic example of how an “empty” urban construction project in the late 1990’s quickly became a fully occupied urban center, with a population today of roughly 5.5 million. A McKinsey study estimates that by 2025 China will have more than 220 cities with populations in excess of one million, versus 125 in 2010, and that 23 mega-cities will have a population of at least five million.

China cannot afford to wait to build its new cities. Instead, investment and construction must be aligned with the future influx of urban dwellers. The “ghost city” critique misses this point entirely."