Of wine, wine gums and debt

A sideways look at economics

Three bags of wine gums in two days, four coffees in one day, a chilli cheeseburger for lunch, slouching in my chair, an energy drink, no exercise for two weeks, a glass of wine when I got home, some stress and a few more grey hairs thrown into the mix.

I wasn’t at my healthiest as I worked late to deliver the quarterly update of our Financial Vulnerability Indicator (FVI), a powerful and comprehensive tool which we have developed and use to forecast financial crises across 177 countries.

My brain was full of financial-risk-related thoughts, and they were now joined by worries about my health. And before I knew it, I had scored my own health in the same sort of way we score country financial risk: I got an own-person normalised z-score of -3! Should I be worried?

Sometimes these measures give different signals. For example, according to the FVI, two of the countries most likely to experience a sovereign default in the next twelve months are Venezuela and Argentina. Pakistan is fifth. But when countries are compared to their own history, Pakistan ranks higher than either Argentina or Venezuela. In other  words, Pakistan is less risky in absolute terms, but a lot riskier relative to its own past than the others are relative to their pasts. This tells us that financial trouble may be brewing in Pakistan.

I’m no medical expert, but I reckon we can think about health in a similar way. I might be healthy, or healthier than the average person (debatable, I know), but the probability of me getting sick next week depends not only on my general level of health, but on my current behaviour and how that compares to my normal habits.

For example, the healthiest person could go on an alcohol-fuelled bender, and just because they’re healthy, they won’t be immune to a hangover the next day or damaging their liver. In fact, they might even be worse off (at least in the short run) than a less healthy drinker whose body is used to the booze. A glass of wine per night for a week, or seven glasses in one night? These are important questions.

In the financial crisis prediction world, I think of debt as wine. A little is okay, but lay off the bingeing if you want to avoid problems. It turns out that in some cases, a country with high but steadily increasing debt is less vulnerable to a financial crisis than a country that has low but rapidly rising debt. This is why our FVI considers both the level and change in debt when predicting banking crises.

And for similar reasons we don’t just look at risk in absolute terms, or compare one country to another, we consider how a country varies from its norm. We do this by calculating a so-called own-country normalised z-score (i.e. a standardised number which compares the risk in a country at any time to its average risk as a ratio of its standard deviation). The health equivalent of this is the own-person normalized z-score, on which I got -3, as mentioned above.

A score of -3 is not good. And because of this my instinct is to try and offset any possible harm by doing things that are good for my health. Like swimming. Or eating kale. Or pretending I eat kale. Or writing a blog post about kale. But being really healthy sometimes and being really unhealthy other times would increase the standard deviation of my health, which my heart would probably not appreciate either.

Similarly, in the financial world, we recently discovered that a lot of oscillation between FVI scores across countries is often associated with increased risk. And the similarities don’t end there. Contagion is an issue in finance (it’s one of the key drivers of financial crises) and it’s important in the health space too. For example, if we’re working late in the office and one person decides to order a pizza or curry for delivery, it’s quite common for others to pile on board.

Finally, the FVI is a useful tool for people who want to measure and track the risks across a specific country over time — another reason the own-country z-score is important. Someone investing heavily in Nigeria is probably less interested in how Nigeria compares to other countries than they are in how risky Nigeria is by Nigerian standards. Just like my fiancée is probably less interested in how my health compares to the average man, and more interested in how it compares to the Brian that she agreed to marry, who didn’t eat three bags of wine gums in two days, drink four coffees in one day, have a chilli cheeseburger for lunch, slouch in his chair, drink an energy drink, do no exercise for two weeks, etc.

The good news is that the project was delivered and well received, I didn’t get sick and (hopefully) my wine gum and caffeine-fuelled binge didn’t leave any lasting damage. The bad news is that I may have overindulged a little on the last night of our away day in Bilbao earlier this week. Bring on the detox. 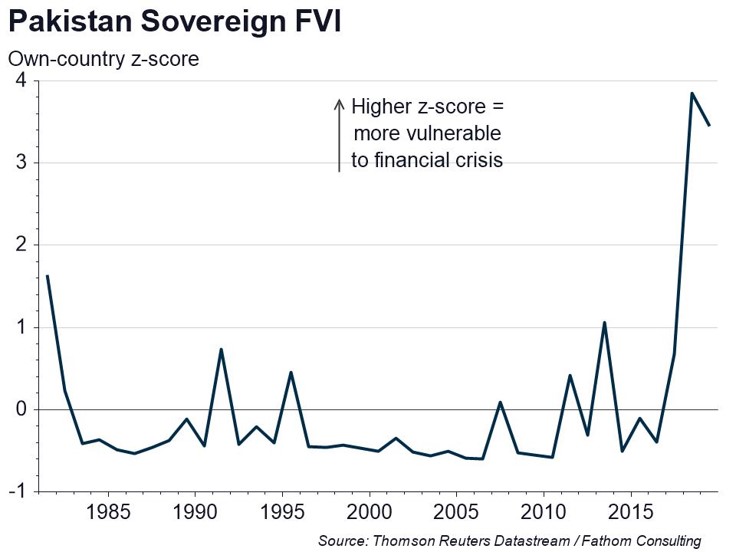 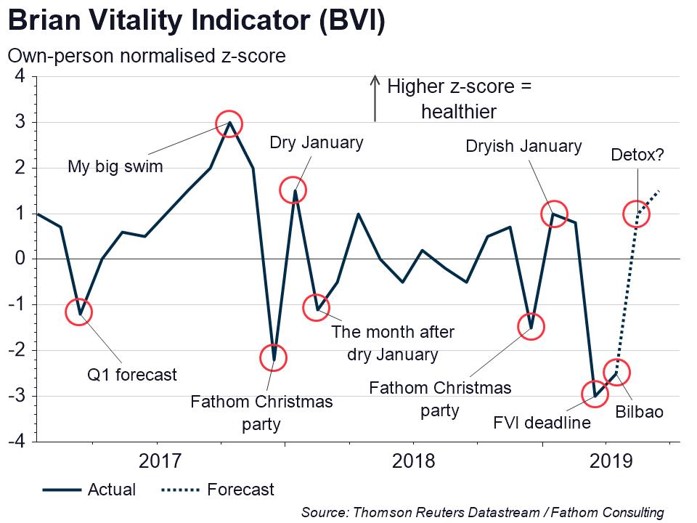 This article was originally published as part of Thank Fathom it’s Friday, a weekly blog from Fathom Consulting, which takes a sideways look at economics.