Hoshinoya Tokyo: a ryokan in the city 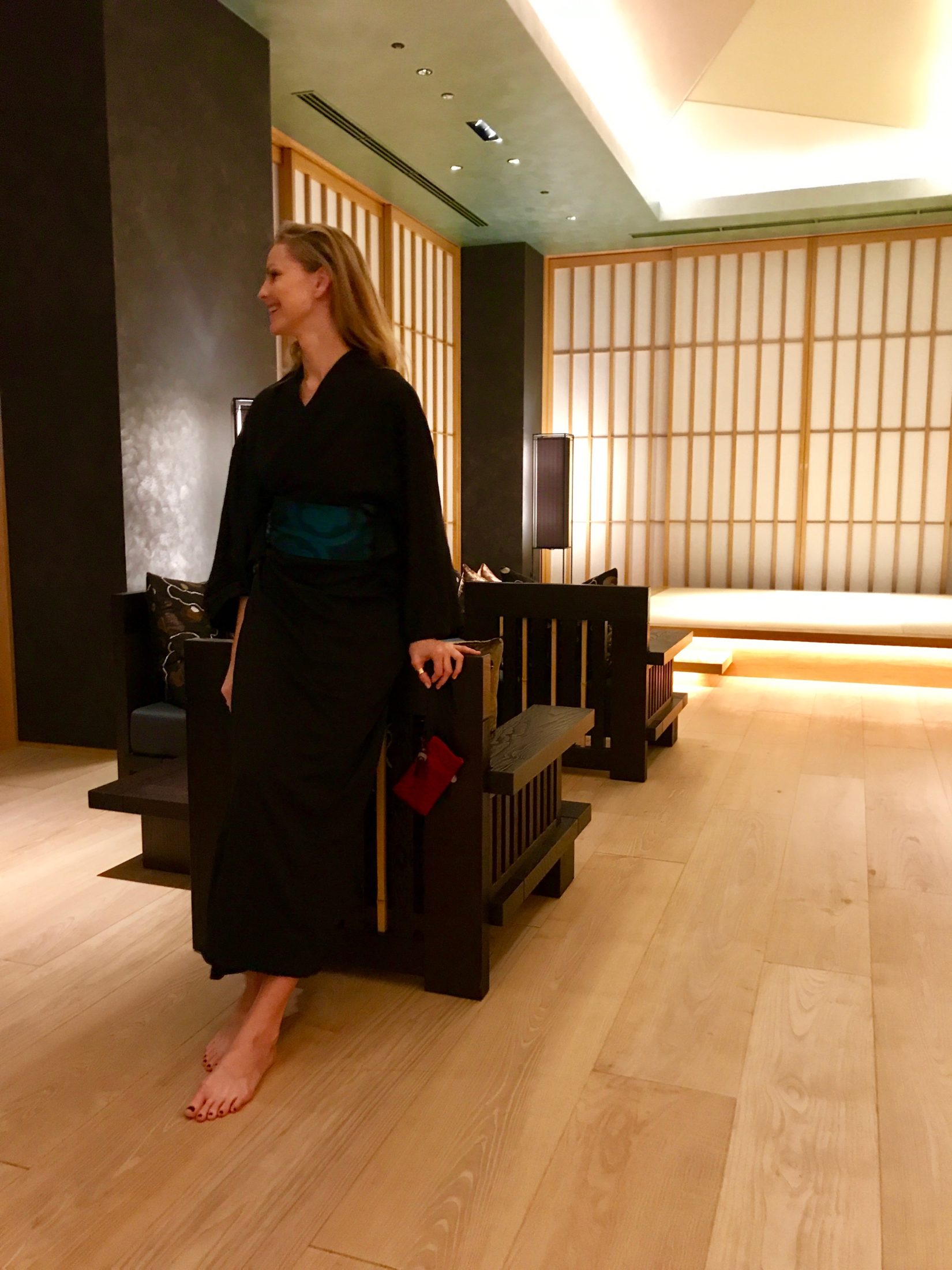 I first discovered Hoshina Resorts’ riverside Hoshinoya Kyoto a few years ago while filming “Foodies: the culinary jet set” documentary. Set in a century-old renovated villa against the backdrop of Arashiyama district’s leafy forests, this updated ryokan (guesthouse) is a haven of peace and traditional Japanese hospitality. Since then, I was curious to see if the same feeling of calm was possible in the metropolis at Hoshinoya Tokyo .

Ranked a 2017 Condé Naste hot-list destination, Hoshinoya Tokyo offers a contemporary take on a ryokan. Located  within walking distance of Tokyo Station and the Imperial Palace, the resort combines Japanese tradition with modern luxury, and Hoshina Resorts’ signature attention to craftsmanship and hospitality. Behind the ordinary façade of a Tokyo office building lie 84 rooms fitted out in traditional tatami mats, bamboo sliding doors, wood, and plaster work. The first thing I did when I arrived was take my shoes off; I didn’t put them on again until I left.

The first ryokan were created in the 8th century, and commonly served travellers in remote areas of Japan. Today, most visitors to Tokyo stay in contemporary hotels, but Hoshino Resorts’ modern take on this Japanese tradition is an alternative worth checking into. As in Kyoto, the first thing to strike me about the hotel was the peacefulness. I happened to visit on a night that a typhoon swept through the city, but I didn’t hear a thing in my bamboo-and-shoji-paper-lined room.

Unlike countryside ryokan, this city version soars vertically instead of unfolding horizontally. Each floor is described as “its own ryokan” and is accessible only to guests assigned to rooms there. This contributes to the feeling of privacy that I found so remarkable in such a centrally located hotel. Separate ochanoma lounges on each floor provide a space for guests to relax and enjoy seasonal surprises like tea, coffee and snacks that underscore the Japanese connection to nature, even in the midst of a big city.

No ryokan is complete without a hot spring, and Hoshinoya has that too. The Otemachi hot spring was discovered on the grounds in 2014. Its particularly alkaline character helps regulate body temperature. It’s also a perfect antidote to a long day exploring Tokyo or working in the city. Plus, the top-floor bath has a perfect view of the stars. You might start to think you’re in a remote corner of Japan after all.

The onsite restaurant Hoshinoya is located on the basement level, where silence reigns, bringing to mind the natural settings of the original ryokan. Guests dine in one of six  private rooms or in the open space with tables and counter, and are invited to relax in a complimentary kimono. Award-winning chef Noriyuki Hamada serves what Hoshinoya has dubbed Nippon cuisine—Japanese cuisine prepared with French techniques. Hamada specializes in fish, a stable of ryokan fare. He travels around Japan to source the finest fish, followed by vegetables from nearby farms, drawing on the French concept of terroir to create dishes that reflect the soil, water and climate of each region. Wine and sake pairings complete the experience…