This essay looks at the period 2016-2020, by asking the question as to whether the factors DJT and lockdown might have actually triggered a classic fear of technological disintermediation in the collective unconscious for a certain category of actors. 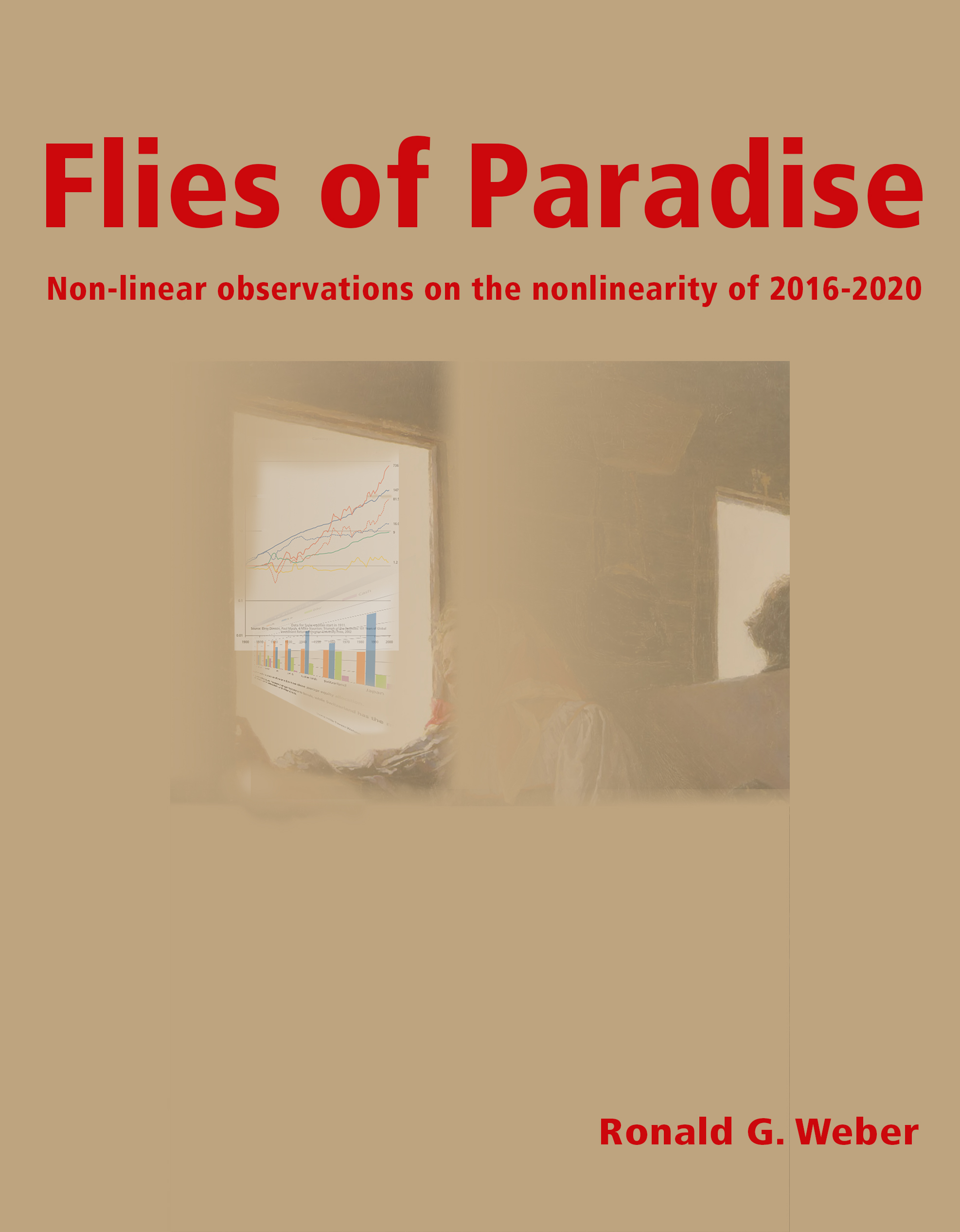 This essay examines the period from 2016 to 2020, with a focus on two factors: 1) the so-called Trump Derangement Syndrome (TDS), reflected by the emotional behavior of multiple actors (traditional media, politicians, political activists and large parts of the public) in relation to Donald John Trump (DJT) during his presidency, and 2) the disproportionate lockdown actions of most governments (in concert with the legacy media and politicians), justified as a response to the 2020 covid-19 virus (which we refer to as “the lockdown”).

In both the TDS and the lockdowns, we ask the question, as to whether the underlying cause of these actors’ exaggerated behavior could in fact be a classic response to a fear of a middleman being eliminated through a new technology that has reached a critical deployment stage. This is known in economics as the process of disintermediation.

Only this time the sectors affected extend beyond the private sector, to reach the higher hierarchies of the public domain as well. This form of disruption comes with wider implications, as its participants (still) carry a substantial influence and weight in the public discourse, which could explain why we perceive their reactions as particularly emotional and virulent.

Disruptions within the private sector of the economy leave the actors with limited venues and means to express their concerns and fears. But this does not prevent them from slowing down the progress of technological innovation by other methods, especially when acting as groups with a common interest.

However, there are a few precedents in history where the breadth and the depth of the disruption reached the established political order. This category of actors that typically enjoys the benefits allocated to monopolist organizations and institutions are notoriously known to react negatively to innovation and change when it affects them directly.

And so, we argue that we might well be at one of these historical crossroads, when the monopolist privilege is under threat.

DJT and the lockdown are not that important as such, they are almost a distraction from the key issue. What is relevant is the collective that they represent, and what it has revealed through the disintermediation force factor that technology has made possible.

The text begins by categorizing the main actors into two groups, “the makers” and “the technocrats”. The latter are further split into the bureaucrats and what we designate as the “meta-technocrats”. We describe the characteristics of each category. Other sub-actors operate as satellites to these two groups, but they are not our main focus of analysis. Rather, they are more like derivatives of the two main categories.

It then presents historical parallels, where a technology shift extended beyond those who benefited from the previous technology, to affect a higher hierarchical order; what is nowadays commonly referred to as “the elite”, “the swamp”, or “the deep state”.

It goes on to analyze observations related to DJT and the lockdown in relation to the makers and technocrats.

The author then tests the hypothesis that such a historical technical shift has been reached, and that additional factors are contributing to accentuate the emotional reactions of the actors concerned.

The framework of our hypothesis is built around four leitmotifs that consist of two popular tales and two supporting concepts from the discipline of economics and psychology.

This text is intended as an essay, not as a scientific paper. It is a playful attempt towards a general theory, mixed with speculative ingredients, powdered with intuition, and should therefore be taken with a pinch of salt.

Moreover, it was written in a short time span, with the priority set towards a relative speedy production of the main idea, at the cost of precision. In other words, the writer aimed at being approximately correct rather than exactly wrong1. And this within a limited timeframe.

The choice in this essay is an inductive approach where the observations have been selected to arrive at the desired conclusion. Moreover, as the author is not immune to subjective blind spots, a deeper, more thorough, and objective study would help to bring light as to whether enough evidence can be found to confirm, or to reject our hypothesis.

This also explains why the test of evidence is limited in its scope, not statistically significant, and should in the future be extended to improve the credibility of the results.

1. This is a version of the famous quote, often misattributed to the economist John Maynard Keynes, “It’s better to be approximately right, than precisely wrong”, but its original source is to be found in the 1898 book by Carveth Read, a British author in philosophy and logic, Logic: Deductive and Inductive (1898 – first edition). In chapter 22 the author writes: “It is better to be vaguely right than exactly wrong” (Read, 1898, p. 351).

Flies of Paradise is available as eBook for Amazon Kindle or Apple Books: