The start of each year is the time to reflect, look back and – importantly – try to focus on the year ahead. This is presumably a result of the welcome pause from work over the Christmas festivities, and the move towards longer days. This time of reflection is best typified by New Year’s resolutions. These behaviour changes generally involve giving something up!

The quit rate in the US labour market – the rate at which workers give up their jobs – has been rising since well before the end of 2021. This can be seen in one of the first economic releases of 2022: the US quit rate for November was at a record 3.4% in the private sector. This jobs market indicator is something we have constantly focused on over the years.

The chart below shows the quit rate and the unemployment rate: as you would expect they are highly correlated. People quit their job when the labour market is strong and vice versa. The Fed is focused on the macro headline unemployment data. I think we should be taking more notice of the microeconomic "man on the street" data. The importance of understanding these numbers is that when we reach the objective of full employment then we will see a potentially highly inflationary bottleneck. 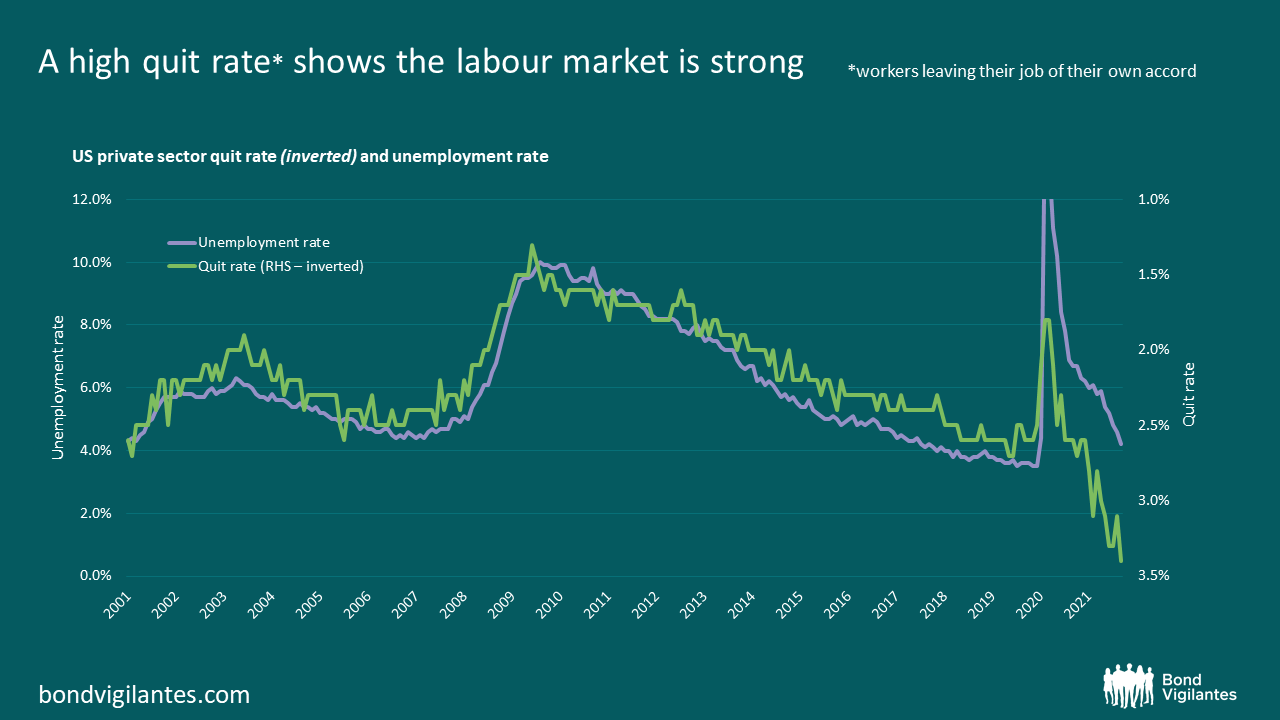 The quit rate is not just about people quitting jobs temporarily for a better job. It is also a function of people quitting for good, most notably retiring. This significant issue was raised by the Fed itself in looking at labour force participation. The combination of a high quit rate and depressed labour force participation due to retirement point towards the conclusion that we are closer to the goal of full employment than to the one set out by the Fed of unemployment returning to its pre-pandemic level.

Central banks themselves have one thing they all want to quit this year: Quantitative Easing. Their balance sheets have swollen on a diet of monetary excess. The first central bank to try to stop putting on the excess pounds is the Bank of England; the Fed and the ECB will be next. This is, however, likely to be only the first stage of the monetary diet: the next stage will be the new fad of Quantative Tightening.