The power of masks

We encounter masks everywhere at the moment. What stories and customs do they hide and show?
Sophie Campbell, guest author
LGT, August 3, 2020 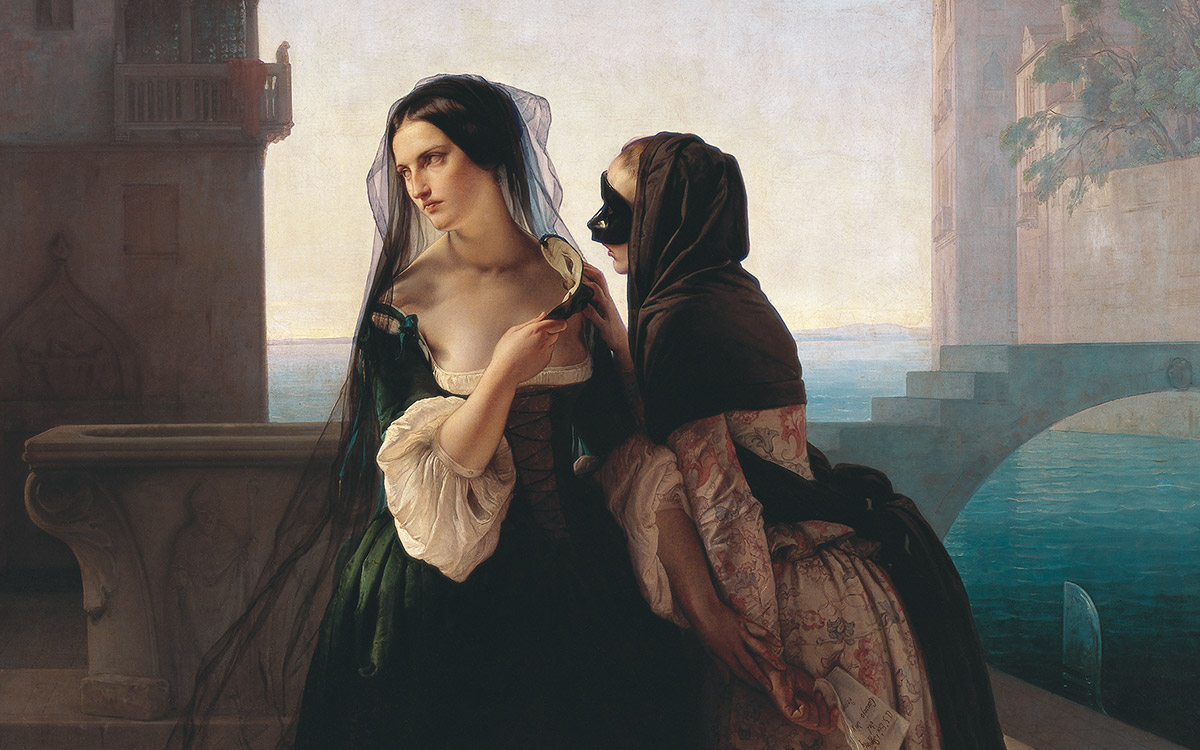 We encounter masks everywhere at the moment. What stories and customs do they hide and show?

One mask was a hollowed-out tree trunk, with holes for eyes and a misshapen twig for a nose, rough and oddly frightening. Others were horned and demonic, studded with animal teeth, pieces of bone, moss and leaves, and were absolutely terrifying.

This was not Africa, or Papua New Guinea, or Bali. This was January 2020 in Outer Appenzell in Switzerland, an hour’s drive from Zurich and an hour north of Vaduz. We had been up since dawn for the celebration of Silvester, or ‘Old’ New Year, and were now in the museum of regional customs in Urnäsch, trying to understand it all.

All day, that January 13, men dressed as ‘Beautifuls’ – some in bearded masks and male attire, others in female masks with skirts and blouses – or as ‘Beautiful-Uglies’, concealed in foliage with wooden masks, or as full-on ‘Uglies’ with demon faces, had been twirling and jogging their way through hill country, from farm to remote farm.

‘We don’t know where the masks originate from,’ said the curator, Frau Karbacher, ‘But the ‘Uglies’ are the oldest; they were first mentioned in the 17th century.’ She added that they may have been demonic to scare away the old year and the winter.

Masks have power. They have a role in most cultures on earth and now, in the 21st century and just six months on from Silvester, they are everywhere thanks to Covid-19. Our masks are for protection, covering only the nose and mouth, not the all-important eyes, but they still have power: if dark they look criminal, if white they look medical - and whatever the color, the wearing of them causes political reaction. 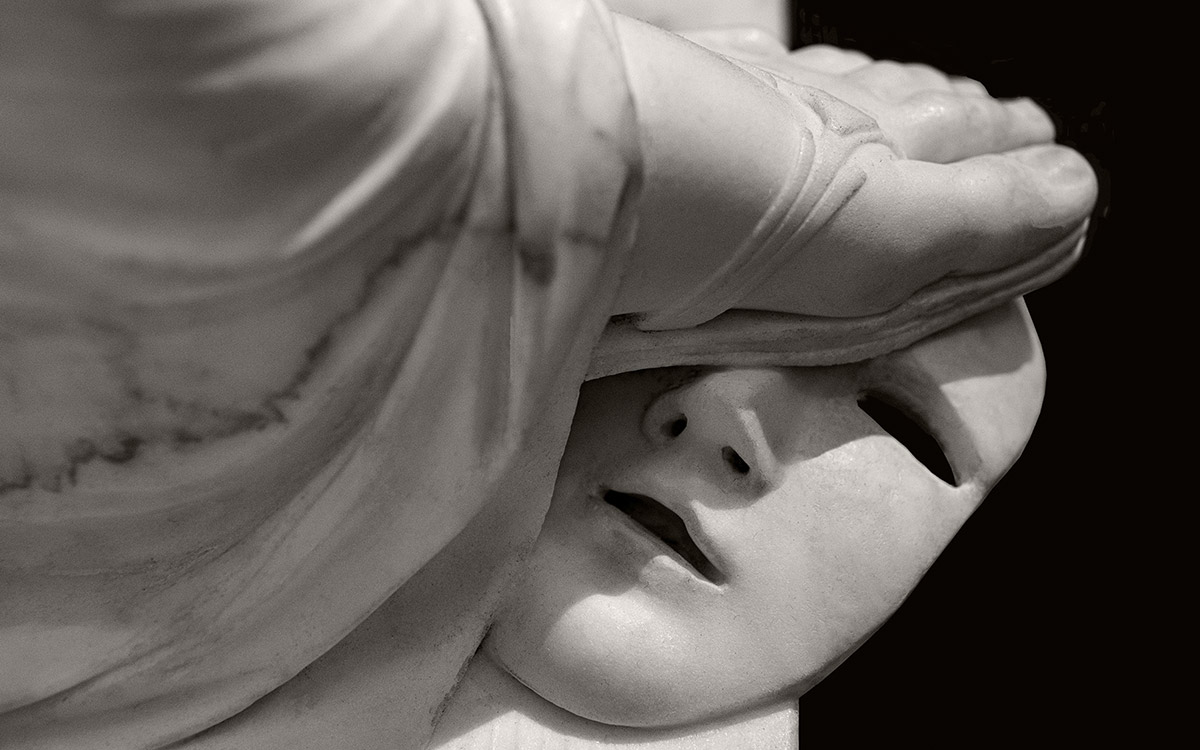 Should we wear masks or not? Do they work or not? Why are Western countries less keen while the East accepts them - as it has done since Sars if not before - and why are Northern Europeans much more reluctant than their Southern neighbors?

Masks are naturally paradoxical: they are constricting, but bestow freedom; they are inanimate, but have energy; they remove individuality, but are often unique.

Pablo Picasso first saw masks from Africa and Polynesia in the Paris Trocadéro in 1907. The photographer Brassaï later quoted him as saying: ‘Two holes are the sign of the face, sufficient to evoke it without representing it. But isn’t it strange you can do that by such simple means? That’s very abstract when you consider man’s complexity.’

Three holes defined some of the earliest masks in Western culture, probably from before the 6th century BCE. We don’t know precisely how masks were used in Greek theatre, but possibly their huge mouths amplified the actors’ voices to reach people high at the back of outdoor theatres, and they certainly allowed the actors – there were only three per play – to switch character and gender. 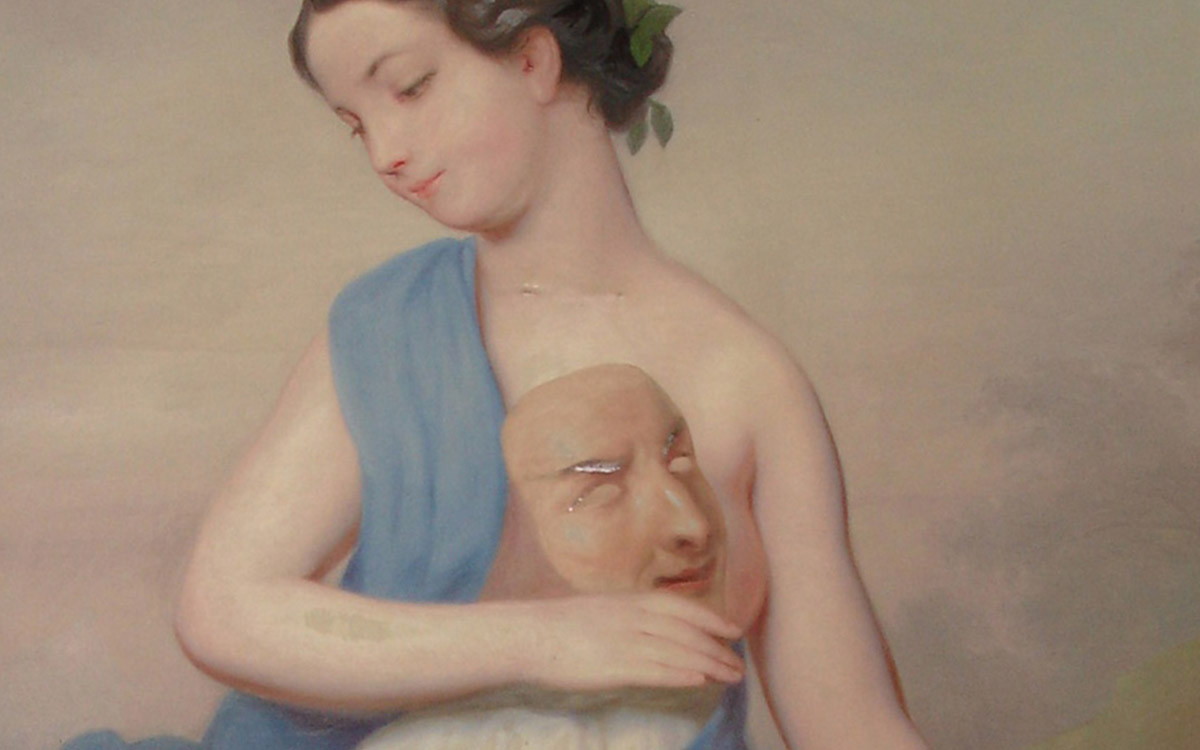 Edith Hall, Professor of Classics at King’s College London, notes that the wearing of masks affects the movements and reactions of the actors on stage. ‘You can’t read the emotions on a masked face,’ she explains, ‘So the audience has to listen harder as actors use their voices.’

No masks survive from Ancient Greek theatre: they were made of light, stiff linen and all we have are replicas. But transformation, of nature and gender, runs through their history like a thread. It’s no coincidence that plays were performed at the great festivals of Dionysius, god of wine, that great transformer and releaser of inhibitions.

On which subject, but around 1500 years later, comes the first mention of a ‘public entertainment’ in the city of Venice, already an entrepot and pivot between east and west, that would evolve into its famous Carnival, declared an official holiday in 1296.

By the 18th century, the Venetian social system had become so stultifying and so rigid that Carnival was a release for everyone. Masks were essential to escape your origins, your gender, your spouse - or all three. They began to reflect recognisable archetypes – the cheeky servant, the hopelessly enamored, the greedy, the arrogant, the know-all – that in turn would evolve into characters of the Commedia dell’Arte.

These are recognisable in some fascinating paintings from the Princely Collections, both showing men wearing women’s clothing and both holding, not wearing, male masks. Puzzled, I asked a specialist in the history of Venetian luxury (a word, she points out, derived from the Latin for ‘lust’). To my delight, she thought they might be souvenirs of the Grand Tour, commissioned from a German artist by Hapsburg nobility in order to amuse or shock friends at home.

Back in Appenzell at Silvester, we were alarmed to see a gigantic Schö-Wüeschte, or ‘Beautiful-Ugly’, looming over a toddler in a buggy. Instead of screaming, the child beamed. ‘It’s my son!’ called the Beautiful-Ugly, seeing us staring, in Swiss German muffled by his wooden face covering. Masks, it seems, don’t always conceal the truth.