Rather than the usual format I thought it would be much more interesting and a change of pace to do our usual commentary in a question and answer format. The questions are a mixture of real ones we have received from clients and anticipated ones I thought are going through clients’ minds. Of course, there will be others that have been missed and I therefore welcome your engagement

Q. I see in the financial media large number of people is talking about the inversion of the US yield curve (short term bonds yielding more than long term ones). I hear that this means a recession is coming to the USA should I sell everything?

A. You are right this is definitely the topic du jour at the moment. Yes the US yield curve has inverted but only part of it the 10 year bond yields more than 3 month bonds.i It should actually not come as a big surprise given the flatness of the yield curve for a considerable period of time (see graph below)

Q. Yes that’s wonderful but is a recession coming and should I sell everything

The yield curve inversion has been a very early indicator around about 2 years too early in fact so there should be plenty of time to make money iii. In fact there have been arguments put forward that everyone is looking at the wrong part of the yield curve and in fact should be looking at the 2year versus the 10 year or versus the 30 year which are both not inverted

Q. Ok I feel a little better now and won`t sell this minute. Can you explain why this happened?

A. As you know the FOMC (Federal Open Market Committee) was raising interest rates and winding down its monetary stimulus and they came out with the announcement that interest rates were on hold for the foreseeable future and they would stop the quantative tapering (winding down monetary stimulus). In simple terms they found out they couldn`t walk and chew gum at the same time

Q. But it’s the FOMC didn’t they see something we haven`t – I’m getting nervous again

A. Having talked recently to people who have worked for central banks they only get the data 3 days before the rest of us. You have to remember these are academics who are way smarter than I am and are working off complex financial models. Sometimes they miss the obvious and anyway if they really knew well in advance we would never have a recession ever as they would take preventative action well before

Q. Ok I feel calmer now but am getting a bit bored – I’m very interested in perversion

A. You might want to rephrase that last part!

When I talk about perversion I am talking about the unusual situation we are in at the moment- trade wars/tariffs, the partial government shutdown, new car regulations in Europe which stopped the selling of cars for a while, populism, BREXIT and so on. Each of these factors will have had an influence on economies and economic data at least in the short term. You must remember that many economic indicators are based around manufacturing yet the major global economies are now geared towards individual consumption.

Q. yes you are right there are so many things to worry about in the world I can hardly sleep. I feel a bit queasy I think perhaps I should sell everything!

A. I am afraid the whole global situation is quite troublesome. In fact you could almost call it aversion I remember the time when there wasn`t a problem anywhere – they called it Camelotiv. oh hang on a moment I seem to remember some troubles surfacing there as well.

Seriously though if you look back at the very recent past we should have all been dead from Ebola, nuclear war should have broken out and Eurozone would have collapsed first thanks to Greece then because of Spain and Portugal and latterly because of Italy.

None of these things has happened and markets have done quite nicely.

Q. Ok you have a point markets did really well this this year… perhaps it’s time to take profits and aren’t stocks expensive now?

A. There is never any harm in taking a profit however we have to set the scene yes markets have recovered nicely this year but you must take into account the rather dramatic falls we had last year. Turning to valuations let’s take the S&P500 as an example, we are neither at the cheapest nor the most expensive levels. It all depends on if earnings beat expectations (this has been a dominant trend-under promise and over deliver) and also whether economic growth will rebound- which we believe will happen.

Q. Is everything priced in – what will move markets higher?

A. In my opinion a recovery from the oversold panic driven selling at the end of last year along with an easier FED (Federal Reserve System) and a temporary ceasefire on the US/China trade war is currently built in, however, the removal of some or all tariffs and a full trade agreement is not. A rebound in economic growth is not.

A. Im not sure about Tom Cruise`s economic track record I will have to watch the last mission impossible film

Q. No the other IMF

A. I am not sure about their predictive economic abilitilyvi – didn`t markets already fall last year on recession fears?

Q. What about BREXIT?

A. let me ask our expert .. Theresa.. she seems to be on her tea break however I found this post it note

A. Yes  there are already early signs that China is stabilising and Germany is following

Q. You talk about aversion shouldn`t I buy low and sell high

A. Yes I have generally found that to be a money making strategy. Index levels are higher year to date however so is risk aversion and investor participation in markets is low. Total assets in money market funds is around USD3 trillion – near the highest level since 2010.vii

In fact despite posting the best quarter for 7 years investors pulled USD 79 billionviii from equity funds.

Q. ok we covered a lot of ground could you give me a short summary

.Our belief is that we are reverting towards a Goldilocks style of economic growth- neither too hot nor too cold.

Monetary policy is going to remain easier for much longer than anyone anticipated leading investors to eventually ramp up risk (there is no alternative).

Consumer spending is likely to hold up in major economies as is the low jobless rate and the targeted stimulus from China will have a magnified effect on the rebound as the year progresses. Markets are likely to push significantly higher from current levels as a US/China trade deal is concluded (both sides have too much to lose by not doing it). There will be some US/European trade skirmishes but I believe a war will be averted (again there is no political appetite for this).

Europe will of course have its issues but there is unlikely to be a major disaster and fiscal stimulus in the form of tax cuts is likely to happen.

The key game changer that could move us significantly higher next year as well will be when central banks and governments ease up on their concerns. Perhaps the FED realises there are no real rampant signs of inflation and lets the economy run hot. The ECB really can`t do a whole lot more but maybe their efforts are bolstered by Europe realising that the Maastricht criteria is too strict and these are re written.

Overall it is extremely disappointing that economies are not stronger 10 years after the global recession partly due to high saving rates and consistent incorrect worries about inflation.ix We can and should do better. 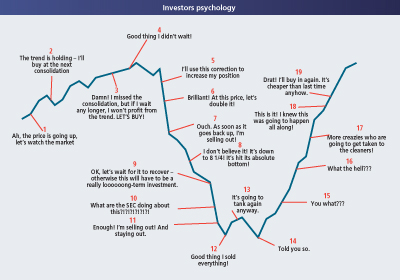