The Wisdom of Trees:

Walt Whitman on What Our Silent Friends Teach Us About Being Rather Than Seeming
Maria Popova
Brain Pickings, November 2017

A supreme lesson in authenticity from a being “so innocent and harmless, yet so savage.” 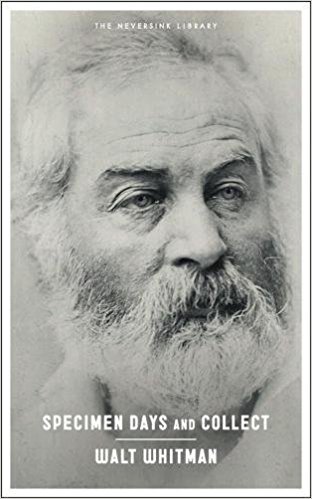 “When we have learned how to listen to trees,” Hermann Hesse wrote in his lyrical love letter to our arboreal companions, “then the brevity and the quickness and the childlike hastiness of our thoughts achieve an incomparable joy.” Two generations earlier, a different titan of poetic sentiment extolled trees not only as a source of joy but as a source of unheralded moral wisdom and an improbable yet formidable model of what is noblest in the human character.

At fifty-four, a decade after his volunteer service as a nurse in the Civil War awakened him to the connection between the body and the spirit, Walt Whitman (May 31, 1819–March 26, 1892) suffered a severe stroke that left him paralyzed. It took him two years to recover — convalescence aided greatly, he believed, by his immersion in nature and its healing power.

“How it all nourishes, lulls me,” he exulted, “in the way most needed; the open air, the rye-fields, the apple orchards.”  The transcendent record of Whitman’s communion with the natural world survives in Specimen Days (public library) — a sublime collection of prose fragments and diary entries, restoring the word “specimen” to its Latin origin in specere: “to look at.” What emerges is a jubilant celebration of the art of seeing, so native to us yet so easily unlearned, eulogized with the singular electricity that vibrates in Whitman alone.

In the years following his stroke, Whitman ventured frequently into the woods — “the best places for composition.” One late-summer day in 1876, he finds himself before one of his favorite arboreal wonders — “a fine yellow poplar,” rising ninety feet into the sky. Standing at its mighty four-foot trunk, he contemplates the unassailable authenticity of trees as a counterpoint to what Hannah Arendt would lament a century later as the human propensity for appearing rather than being. In a meditation from the late summer of 1876, Whitman writes:

How strong, vital, enduring! how dumbly eloquent! What suggestions of imperturbability and being, as against the human trait of mere seeming. Then the qualities, almost emotional, palpably artistic, heroic, of a tree; so innocent and harmless, yet so savage. It is, yet says nothing.

Science (or rather half-way science) scoffs at reminiscence of dryad and hamadryad, and of trees speaking. But, if they don’t, they do as well as most speaking, writing, poetry, sermons — or rather they do a great deal better. I should say indeed that those old dryad-reminiscences are quite as true as any, and profounder than most reminiscences we get.

Two centuries after an English gardener exulted that trees “speak to the mind, and tell us many things, and teach us many good lessons,” Whitman considers their quiet wisdom as a model for human character:

One lesson from affiliating a tree — perhaps the greatest moral lesson anyhow from earth, rocks, animals, is that same lesson of inherency, of what is, without the least regard to what the looker on (the critic) supposes or says, or whether he likes or dislikes. What worse — what more general malady pervades each and all of us, our literature, education, attitude toward each other, (even toward ourselves,) than a morbid trouble about seems, (generally temporarily seems too,) and no trouble at all, or hardly any, about the sane, slow-growing, perennial, real parts of character, books, friendship, marriage — humanity’s invisible foundations and hold-together? (As the all-basis, the nerve, the great-sympathetic, the plenum within humanity, giving stamp to everything, is necessarily invisible.)

Specimen Days is a beautiful, healing read in its totality. Complement this particular fragment with a tender illustrated ode to our bond with trees, the story of how Marianne Moore saved a rare tree’s life with a poem, and a lyrical short film about our silent companions, then revisit Whitman on democracy, identity and the paradox of the self, and his timeless advice on living a vibrant and rewarding life.